When I was about 12, while my dad was on a business trip, my mother called me over to her room while she was watching TV. “J.B.!” she shouted. “You’ve got to see this!” Excited, I ran into the bedroom and sat down in front of a screen for a documentary showing one of the Apollo astronauts on the moon. By the time I was that age, I had been exposed to quite a few movies and programs about space flight and travel in the 20th century. Tom Hanks’s HBO docudrama series From the Earth to the Moon was a big one. So was Apollo 13. I enjoyed The Right Stuff and the fun, more fictional stuff, like the old Don Knotts movie The Reluctant Astronaut. Our family had even stopped by Kennedy Space Center when we were vacationing in Florida. My dad was – and still is – especially passionate about the subject of space travel and setting out as pioneers in the final frontier, which is one reason why we’ve both grown fond of science fiction like Star Trek.

So imagine my surprise when this particular documentary was something completely different: a conspiracy show questioning if we actually went to the moon. At the time, it felt like a complete eye-opener: questionable photographs were displayed. Bizarre coincidences were laid out for our evaluation. Supposedly scientific treatises were put forward and juxtaposed with the predominant narrative about space travel. “Was the Apollo program the most expensive movie ever made?” the narrator asked as moon photographs from what the show claimed to be Area 51 were displayed.

I’m not going to lie: to a 12-year-old, it was actually pretty convincing. My whole world felt shattered. Everything I knew from all those wonderful movies and docudramas may not have been true after all. I was fired up after watching it, charged with a euphoria that stemmed from the feeling that I may have just stumbled onto knowledge that hardly anyone else in the world had. I was even ready to write a report on the topic so I could present it to my dad when he came home and try to sway him toward believing. By the time he came in the door, I felt fully rehearsed, ecstatically recounting the key points the narrator made.

“J.B., that’s silly. Don’t you realize that there’s actual physical evidence of our presence on the moon?” he asked. “What about all those moon rocks down here? How could those have all been faked?”

I didn’t want to believe it. I really thought I was onto something. My entire world felt shattered yet again, and this time, there was no euphoria accompanying it. “Wait a minute,” I turned to my mom. “Why did you have me watch that in the first place?” She explained that she didn’t really feel passionately about it one way or another and that it just looked interesting, not that she necessarily believed in it.

This wasn’t the first time I was exposed to conspiracy theories. After becoming a Christian, I developed a rather keen fixation on eschatology for a season, though I had no discernment at all toward the subject. My parents would receive Christian book catalogs in the mail, and the first place I’d turn wasn’t always the kids’ section – it was the “Prophecy & End Times” category. I was always eager to see what new insights those books had to offer, no matter how loony or even fictional they were, especially with all the Y2K hysteria at a fever pitch. On top of that, a few of my parents’ best friends were fascinated by the subject too. I remember one night when we all went out to eat, and they were telling us about the latest book they bought, which claimed that there were “mysterious codes” in the pages of Scripture that prophesied recent news stories like the death of Princess Diana and the Oklahoma City bombings and could be found by piecing together certain letters placed at various intervals (despite the fact that the same could basically be done in the pages of Moby Dick). My parents weren’t so quick to buy into it, but I was fascinated.

I really thought I had it made. With all of this information, I thought, I could be ready for the end. I wouldn’t be caught off-guard. Of course, I don’t know the exact hour of Christ’s return. No one does. But at least I can come close, right? This will help me make better sense of all these crazy things going on in the world. And if I ever come under fire for it, I can just tell them that I’m “keeping watch.” That’s harmless enough, right?

Eventually, I began to recognize how futile this was. The Y2K disaster never happened. The Clinton administration didn’t bring about the end of the world. The conflict in the Middle East didn’t boil over to the point where the Antichrist emerged from the shadows to prime everyone for global domination. Life kept moving on. And although my interest in conspiracy theories waned, it took an even longer time to undo the mindset behind them. In the years that followed, I discovered that at least with respect to the methodology that informs conspiracy theorists, I wasn’t all that alone.

Even if not everyone wears a tin foil hat, many of us have a desire to be as informed as possible and try to figure out how what’s going on in our world may play into the big picture of history. There’s nothing inherently wrong with that, of course. But whenever our desire to do so controls us – whenever it reaches a point where even our relationships are affected, we proclaim our outrage at the latest Cataclysmic News Story of the Week, and we view people around us are no more than pawns in an overarching scheme, it becomes unhealthy for several reasons. Here are just a few: 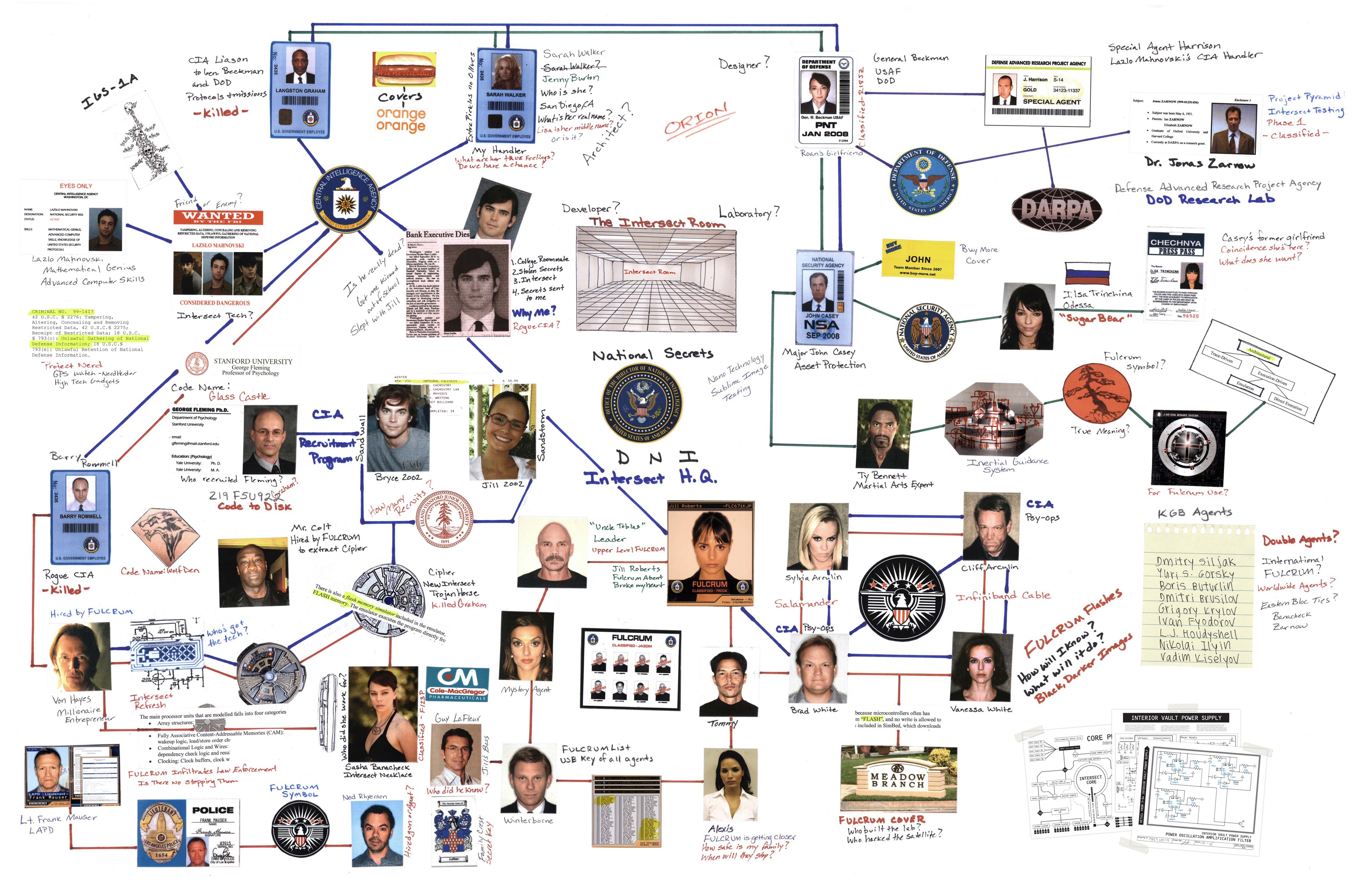 We can all too easily construct narratives in which world events or cultural changes are “causes” in an equation with “effects” that are foregone conclusions, and as a result, we can feel like we’re informed when we may not be. In a previous post, I talked a bit about how our culture is very eager for control. It’s especially easy in a part of the world where many of us have convenience at our fingertips. It’s very tempting to live for results, to look for inputs that will give us the outputs we want. Similarly, it’s just as tempting to shoehorn everything going on around us into a part of a greater story with a predetermined ending. Those mysteries on TV and in the movies in which the main character has a Big Board where everything’s connected? If only real life were that simple.

I think this tendency can be very appealing for Christians, especially if we’re fascinated with the end times. We can easily form an opinion about how all of that will play out as it relates to current events because we have a limited, finite perspective. Even with all the history books at our fingertips, we all too quickly forget that every generation has had its doomsday prophets or groups of people who saw all the atrocities in the world and determined that the period of time in which they lived had to be the beginning of the end. Sadly, it’s no different today. The trouble with such an approach comes when we reach a point where nothing can subvert our expectations at all, and nearly everything becomes a self-fulfilling prophecy. As a result, we end up building a false reality for ourselves in which all the happenings in the world are designed to drive the narrative forward and bring about the very results we expect, and any other explanation is dismissed as “what ‘they’ want you to think.”

We base our lives and decisions on fear and cynicism. Fear and cynicism are not only powerful – they’re also compelling and contagious. They’re incredibly prevalent in a world where news is sensationalized and often written to provoke reactions through clickbait headlines that feed on our outrage. Like any emotion, fear and cynicism are sometimes necessary and healthy. For instance, it’s difficult to recognize a need for growth or change without some degree of cynicism. But miring oneself in cynicism is not conducive to that growth. Sooner or later, we have to move beyond that.

I can’t imagine what it must have been like for the early church. Here was an institution that was just getting on its feet, whose members struggled to survive in a hostile culture that fed them to lions. It would have been incredibly difficult to resist the temptation to give in to fear and outrage. The Christians of the time could have decided to make it their mission to overthrow the government and rail against the culture, but they did not. They focused on living their lives, exemplifying the life and character of Christ, and developing relationships among those around them. They focused on the decisions within their control, not the circumstances outside it.

We can think we’re making a difference when we’re just creating noise. We see all the turmoil, the conflict, the insanity going on out there. We see and hear events quickly playing out, cultural changes taking place under our nose, and noise blaring so loudly that we feel like our voices are being drowned out. Through it all, it’s tempting to take the easy road: “speaking out” and shouting through the impersonal medium of the internet instead of using our time to actually invest in the lives of others. Just this past week, I’ve read so many outraged Facebook statuses and comments about what’s going on in the world that I’ve officially lost count.

Now, don’t get me wrong. There’s plenty going on in the world that I disagree with. And I don’t doubt that some conspiracy theories may hold a bit of water. (Without getting terribly political about it, I’m certainly not one to trust the government on principle, for instance.) But even if that is the case, I have to ask with respect to our response: what exactly are we getting out of all the ranting? Out of playing into the sensationalism that stirs us up against each other? Out of building up fear? Out of creating division between ourselves and others?

What’s ultimately sad is that for all the time we waste doing this, we could be spending it making an actual difference. There is certainly a time to stand up, but how that is accomplished is what will make the biggest difference. Should we be fighting the way everyone fights – with platitudes, memes, shouting, arguing, and insults – or is there a better way?

I’ll leave that up to you to decide.

2 thoughts on “Confessions of a Former Conspiracy Theorist”